About The Author Afloat. We've got a favour to ask More people are reading Afloat. So you can see why we need to ask for your help. Latest Boats For Sale. Get Our Daily Digest The Afloat daily newsletter highlights the best of our editors' picks, as well as the latest content from other popular sections of our website. In theatre, film, music and literature, what effect has the radio had on falling in love? Writer Neil Gaiman is best known as the creator of the Sandman series of graphic novels, which helped launch DC Comics' Vertigo line and established him as one of the most innovative and thoughtful writers in the field of contemporary fantasy.

Friends in High Places is a four-part radio-series presented by writer and mountaineer Dermot Somers and produced by Peter Woods. The series takes the listener to the high points of the Irish landscape and taps into stories of personal adventure. A guest in each half-hour programme climbs a mountain with Somers while re-living experiences that range from Ireland to the Alps, the Himalayas to the South Pole. 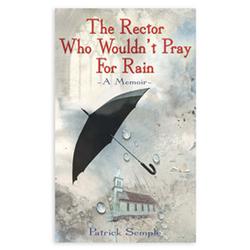 The maritime news programme covering the shipping and fishing industries and the marine environment. Author of the highly acclaimed Midnight In the Garden of Good and Evil, John Berendt , joins Rattlebag to discuss his successful career and his latest work The City of Falling Angels which looks at the city of Venice and explores the fascinating characters who live there.

Presenter: Dave McConnell. Producer: Tom McGuire. Singer, songwriter and recent author of an autobiographical work, The Songman , Tommy Sands is from a celebrated musical family in South Co Down.

In this programme he presents a selection of music and songs accompanied by his own thoughts and stories from his experiences as a musician in Ireland and in many countries of Europe. Further Information:. You need JavaScript enabled to view it. Weblink: www. Programme One: Two trains to Achill — 13 th November, Programme Two; Return to Blacksod — 20 th November, These two programmes tell the stories of migrant workers from North Mayo and their journeys to Scotland to pick potatoes in the last century.

The first programme tells of the first and last trains to Achill where, according to local folklore, it had been prophesised that both trains would carry the bodies of dead people.

The first train, in carried those of 32 tattie hokers who drowned in Clew Bay on their way to Scotland when the boat they were in capsized. On Achill we met 93 year old Anthony Kilbane, who went to Scotland when he was 13, for the first time. Often these men travelled on to England to pick beet. Sometimes their families travelled with them. In other cases their wives and children were left at home. The men returned for a month in the spring to sow what land they had.

The Second Programme, Return to Blacksod, tells the story of the Connor family of Belmullet, mainly through the words of a father and son — both John Connor. The son, now 63, remembers looking at his father who was then in his 40s and regarding him as an old man. In the past it would have been off to the scrapyard, but this time it is off to await a new owner.

The ship has been put up for sale and one Irish Lights commissioner quipped that she has "delivery mileage only". Bill Irish publi shed a fine book in on Shipbuilding in Waterford in the 19th century, to much acclaim. It is a remarkable study of shipbuilding on the Suir, which bounds our beautiful county to the north and east. A new book, Blackwater and Bride, Navigation and Trade, BC to , has just been published by Niall O'Brien and describes in some detail the navigation and trade on the River Blackwater which borders the west of our county. The book combines neglected published material along with a vast range of unused archive material.

The various river quays and ferries along both Blackwater and Bride are also described. The Suir and Blackwater are two of the major rivers in Ireland and we are fortunate to now have a historical record of previous activities on both. The Mighty River Suir will soon have a new and dominating bridge. The N25 Waterford Bypass route crosses the River Suir near the bend in the river at Granny, close to Granny Castle and a new cable-stayed bridge with its metre tall tower is currently under construction. A series of stay cables" fan out from the top of the tower to support the main span at intervals of about 10 metres.

Corresponding cables fan to the back spans using the weight of the back span and anchor piles to balance the forces and "keep the tower standing straight". The cable-stayed design means the bridge can be built without in-river supports so there is little or no construction works in the fast flowing and deep river and hence no interference with salmon passing upriver to spawn. The design also ensures that there will be a greater clearance for boats and craft to pass under the bridge.

The photograph shows the present state of the bridge in mid-February Local architect and prominent businessman, Nicky Fewer , died 26th March He was a keen amateur sailor and was the main man behind the very successful visit of the Tall Ships to Waterford in , when , people came to visit.

He particularly liked shanties. Hooks and Crookes are proud to have sung for him, and again for one last time as he was laid to rest in Ballygunner cemetery on Saturday 28th March. Our deepest sympathies go to his family. There are around shipwrecks in Irish territorial waters, and at least of these are off the counties of Louth, Meath, Dublin and Wicklow.


The book should help raise awareness of the need to protect and record the many different elements of our maritime heritage and lead to a better understanding of the maritime history of the east coast of Ireland. The Irish Pub is the name of a beautiful book published in , describing some of Ireland's best known pubs. Hooks and Crookes sang a song, Roseanna, a part of which was aired during the programme. Tramore Bay has always been a notorious graveyard for boats of all sizes, and particularly for sailing ships in the 19th Century.

In the period , there were a total of 83 shipwrecks in the Bay, with the loss of 44 lives.


In beacon towers were erected on either headland at the entrance to Tramore Bay, with three towers at Great Newtown Head on the western side and two on the eastern side at Brownstown Head in an effort to direct ships away from the Bay. However they proved to be ineffective in bad weather or at night. Nevertheless, the famous Metal Man at Great Newtown Head is still standing and telling all who venture near to stay clear of the Bay. He was given a coat of paint recently and now looks much better than shown in the photo.

He is standing on one of the three towers the middle one at Great Newtown Head on the west side of Tramore Bay. Eoghan Massey, from Waterford, was the captain of the Ouzel, a galley that sailed out from Ringsend in Dublin one day in autumn with a cargo bound for Ismir in Turkey.

She was never heard of again assumed lost at sea until she sailed back up the Liffey five years later to the strains of an old sea shanty as the crew heaved her toward the howling crowd on the quay. Was she captured by Algerine corsairs or did the crew turn to piracy her hold had a more valuable cargo than she left with? When in Sixmilebridge we met a man, Vincent Delaney, from a seafaring family who very kindly sent us on the words of a song about the Ouzel. One of the verses is: The Ouzel bound for Tripoli, set sail from Dublin Town And since she was a gallant ship, her owners travelled down To Ringsend in the morning, while the sailors slaved and swore To see her slip her moorings for that rich eastern shore.

The Ouzel was a Galley from Dublin Town She plied her trade in the oceans around With a large local crew and some officers on board The captain named Massey was from Waterford. Each moored buoy measures air pressure, air and sea temperature, humidity, wind speed and direction, wave height and period and are solar powered. In December the K3 buoy measured a wave height of The incidence of severe wave conditions in the north-east Atlantic is increasing and the buoy network provides key time series to monitor these changes.